The Wheeling Fire Department Suppression Division    consists of three “platoons” – divided into A, B and C equally.

Each platoon works three 24-hours shifts in a 5-day work period, with 24-hours off in between, totaling three 24 hours shifts. Firefighters then have 4 days off after working 72-hours before coming back to work.

Each platoon has 30 firefighters on a shift, including a duty chief, and various ranks that man the city’s seven stations. Of the three platoons, there are 30 licensed paramedics that man Rescue 1 and Squad’s 1, 2 and 3.

Assistant Fire Chief James Francis  joined the Wheeling Fire Department in August 2000 and currently oversees the department’s “A Platoon.”
He was promoted to his position in June 2020 after serving as a Captain assigned to Ladder 1.

Assistant Fire Chief Eric Cianelli  joined the Wheeling Fire Department in January 2001 and currently oversees the department's "B Platoon." He was promoted to his position in June 2021 after serving as a Captain assigned to Rescue 1.

Assistant Fire Chief Paul Harto, Sr.  joined the Wheeling Fire Department in March 1989 and serves as one of three duty chiefs’ in the suppression division – overseeing the department’s “C Platoon.” 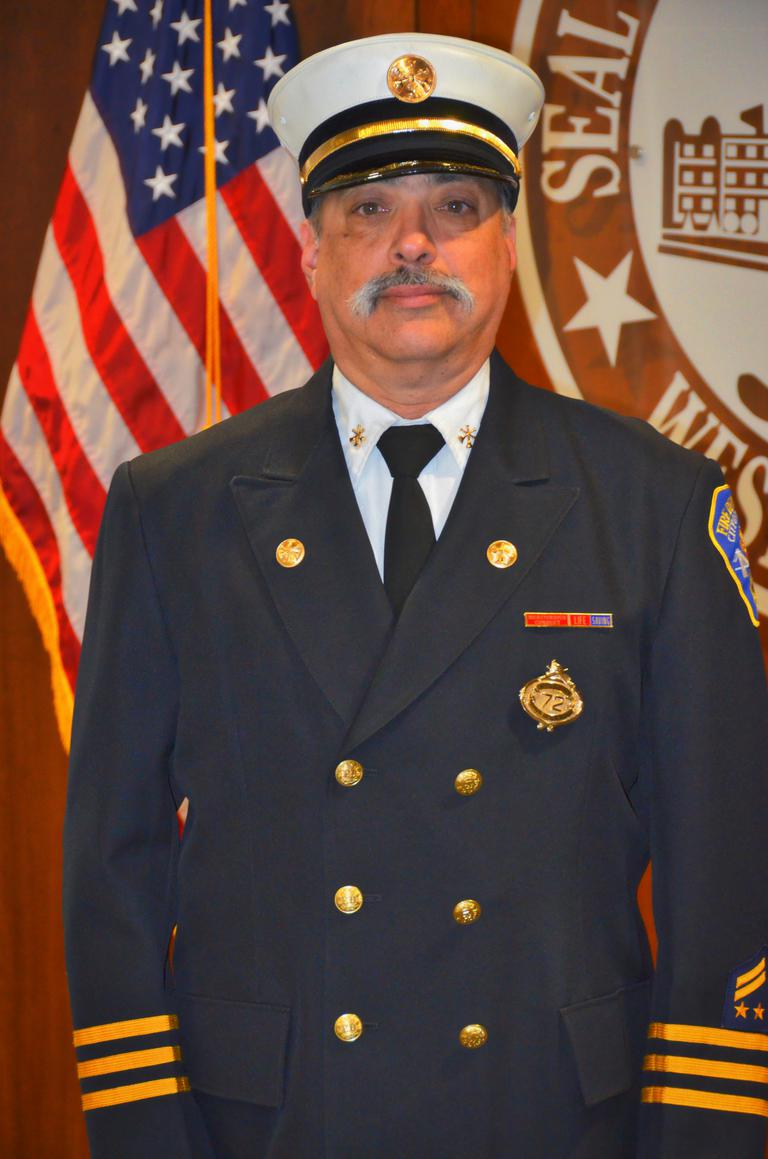 Prior to joining WFD, Assistant Chief Harto worked as a 911 dispatcher with the City of Wheeling from 1986-89.

After joining the fire department, he was primarily assigned to Squad 1, until he was promoted to Fire Engineer in 1993.

In 2008, he was promoted to the rank of Assistant Chief, where he served one year in the training division, before moving to the suppression division as Duty Chief in February 2009.

Assistant Chief Harto is a lifelong resident of Wheeling and has earned a number of commendations. He thoroughly enjoys helping keep the City of Wheeling a safe place.

In 2005, he was one of four firefighters from Wheeling that assisted FEMA during Hurricane Katrina for one month in Texas.