City Solicitor Rosemary Humway-Warmuth was one of 26 women in the International Municipal Lawyers Association (IMLA) who were recognized and celebrated for extraordinary work in local government during Women’s History Month. Humway-Warmuth serves as the organization’s secretary-treasurer, which places her in the position of succession to the Presidency of the IMLA in the fall of 2023.

“It is truly a great honor to be nominated by colleagues from across the municipal law practice,” she said. 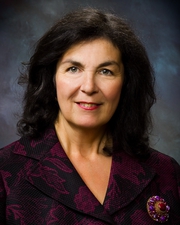 Humway-Warmuth is in her 25th year of municipal public service. She has served as the IMLA State Chairperson for West Virginia and has repeatedly received certification as a Municipal Law Fellow signifying legal expertise in local government practice. She was also previously appointed to the Policy Advisory Committee of the IMLA and is now a member of the board of directors.

Humway-Warmuth has served on the Municipal League of West Virginia’s Legislative Review Committee, consistently working with the State League on legislative municipal issues including, but not limited to, the revising of state statutes for eminent domain actions, annexation, service fees, liens and dilapidated properties, home rule, etc. - whatever appears to be a topic for yearly legislative action of municipal interest, and has worked with the Legal staff of the West Virginia Office of the Governor and the Municipal League on crafting four House Bills, which resulted in or improved current legislation including, but not limited to such issues as: vacant and dilapidated structure registration; streamlining and reducing business licensing categories; fire debris removal liens on insurance proceeds; revision to eminent domain statutes; and Pilot Home Rule implementation and statutory revisions.

The IMLA is a non-profit, professional organization that has been an advocate and resource for local government attorneys since 1935. IMLA services as an international clearinghouse of legal information and cooperation on municipal legal matters. IMLA collects from and disseminates information to its membership across the United States and Canada and helps governmental officials prepare for litigation and develop new local laws.