The Wheeling Police Department is pleased to share its annual crime statistics for 2021. Overall, the data collected over the last year indicates slight improvements in certain categories, including the ongoing battle with illegal drug usage and other violent crimes.

Wheeling Police Chief Shawn Schwertfeger said he is very happy with the current trends in the numbers captured the last 12 months and said the City of Wheeling remains a very safe area to live.

“The residents and visitors to our city should be extremely proud of the Wheeling Police Department’s officers and civilian staff,” said Schwertfeger. “Despite year-long staffing issues with COVID related illnesses and delays in hiring, we carried on our mission to enhance the quality of life in and around Wheeling.”

Total calls for service were up 5%, the first increase in years. This is mainly due a more normalized year that saw increased traffic volume on area roadways, more officer-initiated calls, special policing operations and the return of community activities, festivals, and events.

The most noted improvement throughout 2021 was less drug related overdoses, a decrease of 9% from the previous year, and the first noticeable reduction in roughly five years. “It is possible we are turning a corner on the hundreds of overdoses we respond to yearly,” said Chief Schwertfeger. “Thanks to the continued partnership with organizations like Serenity Hills Life Center, investigations with our Drug Task Force and more education and treatment, we hope the trend continues downward.”

“Group B” offenses (less serious crimes) were up roughly 10%. The fluctuation in numbers from the year prior is believed to be caused by a heavier focus on more nuisance related crimes, which in turn leads to lower “Group A”/serious crimes being committed.

Categories that decreased from the previous year:

Categories that increased from the previous year: 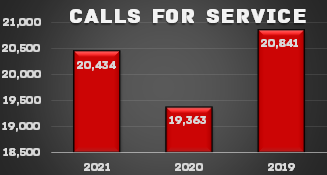 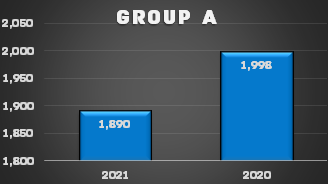 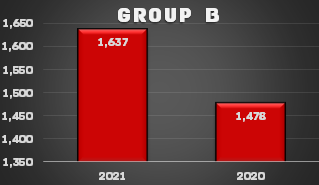 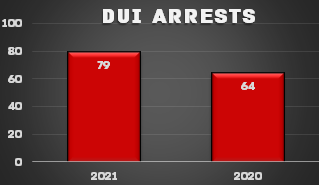 More events and activities prompted the increase of travelers on area roadways in 2021. More crashes were reported in the city when comparing the previous two years. Traffic citations were down a little but were still on par from the previous year. Officers spent the majority of their time working traffic enforcement inside the I-70 construction zone. 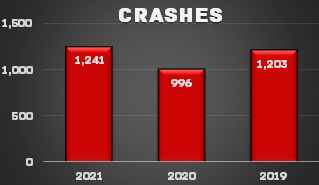 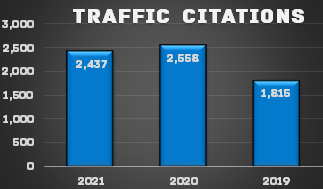 Drug-related overdoses went down for the first time in more than five years. In 2021, overdose related deaths increased slightly over the previous year, but seem to be leveling off based on previous data. Drug overdoses reflect on various types of illegal narcotics, and not just one certain type of drug. In addition to overdose related calls, WPD answered 286 medical calls with the Wheeling Fire Department. 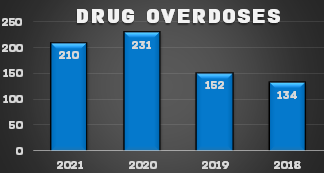 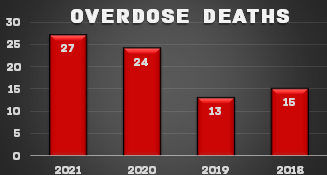 *Note: Overdose death numbers can change after annual statistics are released because of current pending cases with the state medical examiner’s office*

The False Alarm Reduction Program was implemented five years ago with the goal to gradually decrease the number of false burglar alarms officers were responding in hopes to ease the burden on the patrol division. In the last year, the number of false alarms the department responded to from the previous year continued to decline. From 2020 to 2021, alarm calls decreased by 20%. In the last five years, total a false alarm related calls have been reduced by 42%. 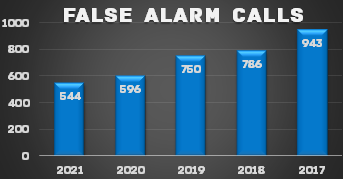